It’s very ironic to me that I’ve been talking about The Wiz for a few days and word comes today that the original Tin Man, Nipsey Russell has lost his battle with Cancer. Anyway, that’s about all I’mma say. Here’s the article from CNN on his death… 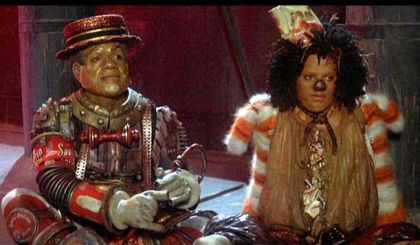 His impromptu lines and witty quips quickly secured his place as one of the first blacks to be a regular panelist on the shows.

Russell died Sunday afternoon at Lenox Hill Hospital at age 80, said his longtime manager Joseph Rapp. He had been suffering from cancer.

Although widely known for his television career — including appearances on “The Dean Martin Show,” “Hollywood Squares,” “The $50,000 Pyramid,” and “Match Game” — Russell also received critical acclaim for his role as the Tin Man in the 1978 film version of “The Wiz.”

Born in Atlanta, he settled in New York after graduating from the University of Cincinnati and serving as an Army captain in Europe during World War II, Rapp said.

Russell launched his television career in 1961 as Officer Anderson in the television series “Car 54, Where are You?” He also appeared in the 1994 film version.

But his gift for gab and timely poetry made him a national television personality.

Russell told the Los Angeles Times in 1993 that writing poems “is very simple to do…. I start with the joke line and write backward.”

One example: “The opposite of pro is con/ That fact is clearly seen/ If progress means move forward/ Then what does Congress mean?”

He also took his poetry on the road for readings and performances.

“He always said, ‘I have trouble living with myself, how could I live with anyone else,”‘ Rapp said. “But he was a wonderful guy, very quiet, never bragged.” 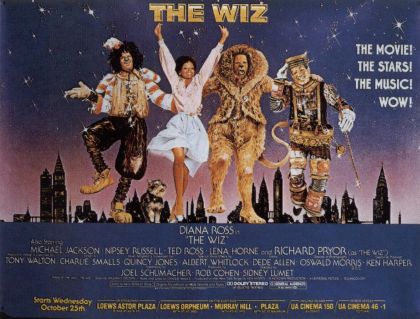 One thought on “Speaking of The Wiz…”