I told y’all a few weeks back that I was taking my nieces to the White House for the Easter Egg Roll. Well… here’s the recap.

I got up early, early and headed over to my sister’s where the girls were ready to go. This pic of them sitting on the couch was taken at 6:10am. So yeah, they had to have been up with me at 5am.

Made the 45 minute drive to downtown DC. Found a parking garage and were on the White House grounds by 7:15am. It was cold out that joint. As you can see, we’re bundled up like it was still mid winter.

Made it through Secret Service past the gates around 8:20am and went straight to the Easter Egg Roll line.

If I recall, some point in the day my oldest niece said “I want to be Vice-President!!!”. Her look in this photo definitely says that. She looks so proud.

Took a quick pic with all of us. The girls, my sister and me.

Don’t ask me who was performing. I just know that the girls had an enjoyable time dancing and jumping around for the next 20 minutes.

They ran to this character. I have no clue who this is. He wasn’t around when I was watching morning cartoons… LOL.

Back to the stage where Fergie was performing.

Off to the craft area where they got to work some magic with their hands.

A pic in front of the official sign on the White House grounds.

Another character that I don’t know. But trust that they ran to her also. Looks like a sistah…

Rollin’ out after a morning of fun. President Barack Obama and family came out shortly after we departed. We still had a great time even though we didn’t get to see them.

No sooner had we got back to the car and they…. well you can see… they crashed!!!!

Had to wake them up so they could fill them stomachs. A good uncle doesn’t just give them granola bars, a banana and a juice box and then take them back home. It was still breakfast time, so we got full.

The souvenir egg from the White House that each of us got in our gift bags that day.

Hope you enjoyed the quick captions and pics. 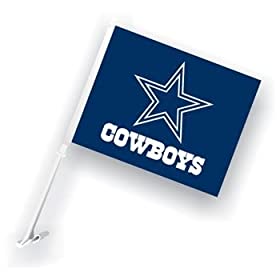 Ole knucklehead Redskins fan got his jaw jacked yesterday and rightfully so. Now, I’m not an advocate of violence, but in this case the dude deserved to get his butt whooped.

A man who grabbed a Dallas Cowboys flag from a car in downtown Washington was punched in the face yesterday, startling passersby in an area that is home to lawyers, lobbyists and expensive shops and restaurants.

It occurred about 6 p.m. in the 1700 block of L Street NW, at a site just west of Connecticut Avenue, where few expect fisticuffs. Commuters were hurrying toward the Farragut North Metro station, and the car was stopped in traffic, police and witnesses said.

But, he said, someone snatched the flag from a car, apparently threw it down, and crossed the street. “By the time he got across, someone exited the car” and struck him in the face, Hayes said.

One witness said she saw a “big tall man walk up to this guy and hit him across the head.” Then, she said, the tall man “got back in his car and drove off.”

She said that the motorist “just hit the man and walked off” and that he picked up an object from the ground, which might have been the flag.

The man who was hit fell and struck his head on the sidewalk, she said. Ringed by the concerned and the curious, the man lay facedown on the pavement.

“He was out cold for a good five minutes or so,” the witness said.

Police said a man was taken from the scene for treatment of a bruised forehead.

Wait a minute, Chris Tucker has something he’d like to say…

That’s what I’m talkin’ bout. Dude got slumped!!! This story made my day…

Listen folks. Most of y’all know that I’ve worked in AV and multimedia for years now. One thing I felt the need to address was this HDMI cable scam that has folks out here dropping crazy loot. A few of you have gotten caught up in this, so my reason for writing this is so that others don’t get jipped.

Digital is digital is digital. As long as it works, it’s going to work the same. Monster has always preyed upon consumer ignorance, otherwise they wouldn’t survive. Many people are also suckered into buying expensive wires that perform no better than much cheaper alternatives. Let’s say you go to your local electronics store and pick-up a new HD TV set; the salesman desperately wants to sell you those Monster cables because they make a ton of money off them. Monster cables provide an excellent picture, but you can get an alternative which will cost you far less and will look just as good. For example, this 4 foot HDMI cable from Monster which Best Buy sells for $69.99 versus this 4 foot HDMI cable from Monoprice selling for $4.31 which looks just as good. I personally recommend Monoprice.com as a place to buy any types of cables and have been using their cabling almost exclusively for the past 3 years or so.

Do not buy overpriced cables!!!! Did you know it costs Monster just about the same amount of money that most of cables at Monoprice cost to make their product? The mark-up is pure profit. If you think it costs them anywhere near $150 to make an HDMI cable, then you’re dreaming! It costs them maybe $5 each at most. They rake in more money then anyone else on their pure profit operation luring unsuspecting average folks into the cable scam every day. It is really sad that so many people fall for their hard pushed sales pitches and glitsy product displays. You are NOT, I repeat, NOT getting a better product buying the “Premium” digital cable. Monster cables do not ever give you a better picture, sound quality, or any other benefits than the cheapest $5 bargain bin HDMI cables. If you don’t get a perfect picture with an HDMI cable, then it is broken – nothing to do with the quality of the cable.

Hope this info was helpful….