I dunno what is going on with these migraine headaches. I swear that I’m having them every day. Maybe it’s the heat, maybe it’s the stress. I wish I could pinpoint exactly why I’m having them so frequently. My doc gave me a prescription for Zolmitriptan earlier this month, but so far that isn’t helping. The Imitrex nasal spray that I’ve been using the past few years only works if I use it when I feel the aura of the migraine coming. I still have a few caplets of Excedrin left, but I think my body is becoming immune to it since I’ve been taking it for years as relief. So for now, I’m experimenting with different remedies again. I’m careful to avoid eating foods (primarily cheese and chocolate) that trigger my migraines, but I haven’t been eating anything with those things in them at all. I usually get more headaches in the summertime just cuz of the heat, but everyday!!!!??? This is getting out of hand. While in Jamaica this guy recommended that I cut a lime in half and put them on each temple, but I’ve yet to try that one yet. I’ve got some of this Noni juice in the fridge, but I don’t think that’s the solution. Hell, maybe the solution is for me to just drink more water and relax… or at least try to relax. So many things are going on right now that I can’t seem to breathe. If it aint one thing, it’s another.

I’m doing my best to pace myself, but between work and homelife, I’m burned out. Imagine if I hadn’t gone to Jamaica for a few days earlier this month, I might be a basket case right about now. I need a break. Not necessarily a vacation, but a break. The migraines are making me nauseated and dizzy and I can’t function. The only solution that works 100% of the time, is to take my feet and place them in ice cold water. I suppose that draws the tension from my head to my feet. Hell I’m no doctor, but I know that it works. Hmmm… maybe I should invest in a portable bucket, invent some non-melting ice and carry a gallon of water with me… then I’d have relief wherever I go.

Okay, I finally took the time to hook-up the pics that I took while on vacation in Jamaica. I’ve been saying that I was gonna do this for a few weeks, but coming down from that high (no… not that kinda high) and returning to civilization has drained me. Oh yeah, the ganja that you see in the bottom right corner of that collage above IS NOT mine!!!! I just took a picture when the dude stuck his arm under the gate at Bob Marley’s Mausoleum. Those who know me are aware that I don’t smoke… enough said. In my mind I’ve been writing a complete synopsis of the vacation, but that trip report has yet to make it to a word document. I’m telling you, this laziness is really an effect from a few days of R&R. Maybe I need some daily shots of B-12 or a few cans of Red Bull or somethin’ to get back into the swing of things. But give me some credit, I did create a webpage (link below) of the photos taken while on the trip. I took a lot of pics out for a variety of reasons. I take a great deal of scenery and landscape photos and I had a lot of duplicates. Aside from that, I don’t believe that my lady wants me to post pictures of her all over the net, so out of respect to her those pics were excluded as well. Maybe one day soon I’ll complete this report of the trip and talk about the fun that we had… but don’t hold your breath waiting for that one. Enjoy….

Pics from my vacation in Jamaica

this is a great article!!!!

At the school paper in college, any time there was a question or matter of race that warranted an editorial, my colleagues would, invariably, look to me to write it. Which was fine, at first.

But it became increasingly troubling to note that on a regular staff of 40 or so, there were only two African American men. There was one Latina woman. There was an Asian woman who wrote on occasion. And that was it. And so, one day, on another matter of color before the editorial board, I demurred.

“You all” – I pointed at the vast whiteness before me – “must have an opinion on this, too. So one of you write it.”

Waiting for some real diversity.

Waiting for someone other than black folks to be upset about it.

The results of a study by the University of Central Florida’s DeVos Sports Business Management’s Institute for Diversity and Ethics in Sport last month showed that when it comes to sports departments at newspapers across the country, almost nothing’s changed.

Directed by Richard Lapchick, the longtime educator and activist who’s chronicled the slow progress in hiring people of color and women in the professional sports leagues and in the NCAA, the Institute’s findings are alarming.

Basically, a jar of mayonnaise isn’t as white as most newspapers’ sports departments.

To its credit, the Associated Press Sports Editors, which represents more than 300 newspapers nationwide, asked for the survey and volunteered the information to the University of Central Florida. But that doesn’t make it any easier to digest.

Not one Asian man, African American woman or Latina woman.

Of all sports reporters, 79 percent were white males, compared with 10.3 percent women.

There was one African American woman.

Her name is Jemele Hill, with the Orlando Sentinel. And Jemele is great, exquisitely talented. But she cannot possibly be the only black woman capable of writing a sports column.

No one is saying that all white men think the same, any more than all black men do. But the crushing lack of racial and gender diversity in and behind the sports pages makes it far less likely that you will have decisions on stories, and coverage of same, that reflect different backgrounds, and different points of view.

Who, for example, is more likely to communicate better with the almost 40 percent of baseball players in the majors who are Latino – a white male with little or no command of Spanish, or a reporter of Latino descent who is fluent in Spanish, and more familiar with Latino customs and history? (Yes, anyone can learn Spanish. How many do?)

We also employ one of the 22 full-time African American male columnists. And our sports editor, Jim Jenks, has given both me and Ashley Fox an opportunity to try our hand at writing columns on top of our work covering the NBA and NFL, respectively.

Those are decent numbers. Not great ones.

And Jenks, the new president of APSE, knows that the numbers nationwide are putrid.

“We have a lot of work to do, and being that APSE requested this, we were interested in knowing where we stood,” he said yesterday. “We knew it was bad. I don’t know that we were shocked, but we know that there’s work to be done, and we’re going to set about doing it.”

What troubles me more, though, is that I was just the fourth reporter nationwide, according to Jenks, who’s asked about the ramifications of the Central Florida study.

There is all the space in the world to ruminate about Barry Bonds’ biceps, and Allen Iverson’s future, the guilt or innocence of the Duke lacrosse team, and Terrell Owens’ vacuous book.

But when it comes to the color of the press box – the only color – my otherwise dogged colleagues of the written word seem to have better things to do. 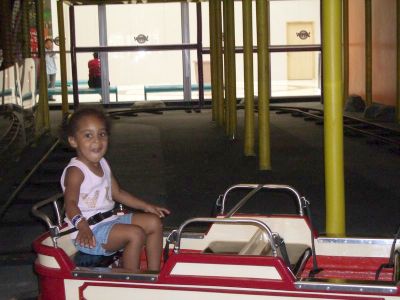 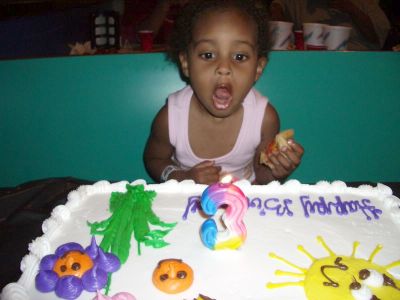 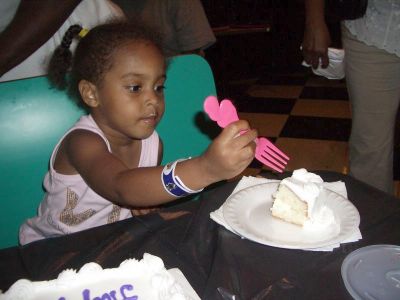 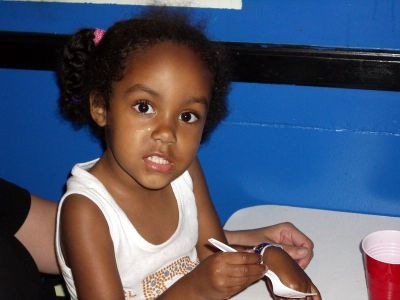 It’s taken me a moment to put this entry together, primarily because I’ve been inundated with a lot of things. Anyway, a little over a month ago we celebrated the 3rd birthday of my youngest niece. Now, this was the third birthday party I attended for one of my nieces over a 6 week span. Once again I’d like to thank my sister for having them back-to-back-to-back in the months of April, May and June. Uncle Greg’s pockets get a little bit lighter during that particular time frame. Anyway, we started the afternoon off by taking all the girls to the Universoul Circus. Now, I’ve attended this before, in fact I took the girls with me last year this time. This year someone at Capitol Plaza forgot to turn on the AC. You wanna talk about a brotha sweating, it was hot as hell in there!!!! It was enjoyable as always, but folks were up in there looking for church fans with the wooden handles on em to try and keep cool. No wonder the line at the concession stand was long, folks in there were dehydrated. Can you believe that at one point, they didn’t even have any water? Yeah, it was like that. my two oldest nieces enjoyed the show. Although they couldn’t keep still to save their lives. The baby succumbed to the humid environment inside that tent and fell asleep shortly after the intermission. Don’t worry, she made up for it later at Jeepers.

Speaking of Jeepers (aka Chuck E. Cheese in the hood), that was the next stop after the Universoul Circus. We all piled in our respective cars and drove to Jeepers at Beltway Plaza. As I’m heading there the thought occurred to me, “who had the cake?” After a few calls I figured out that no one had a cake, so I popped by Costco and picked up one of those large sheet cakes that they had. Hell, for 15 bucks you can’t complain too much. Plus, the cake had some balloons and flowers and what not on it. So we get to Jeepers and the kids are already at play. That gave me time to set the cake down and have my sister throw a big 3 candle on top. Shortly thereafter we gather all the children and did the customary singing of Happy Birthday. No Black people we didn’t do it Stevie Wonder style, we did it the regular way. The cake was cut, the kids dug into it and ran off to play almost instantly after wiping the icing from their fingers. Now if you recall the first party at Jeepers, I got onto the kiddie rollercoaster and almost tore my knees up. Wisely on this occasion I let them ride by themselves.

The afternoon was fun-filled and exciting. I sat back after swiping a hunk of icing off the cake and reminisced on the day that each of those beautiful girls were born. They were growing up. They’re now ages 5, 4 and 3 respectively. It’s amazing to see them grow. An inner glow came upon me. I’m so glad to be Uncle Greg!!!! 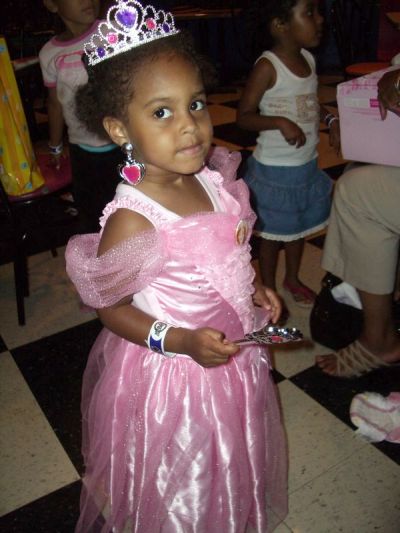 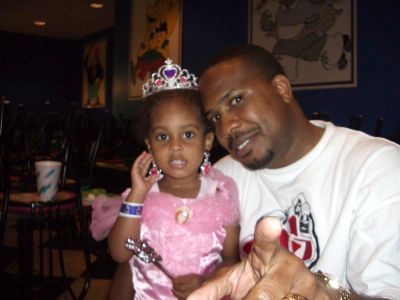 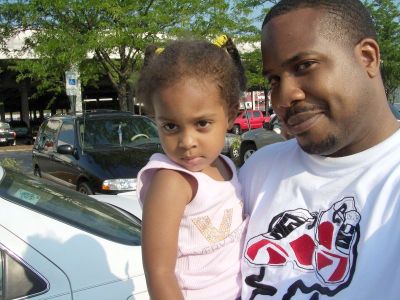 Why am I hating life right now? Take a guess. I’m back from Jamaica. Don’t get me wrong, Jamaica was fun and all but now reality is setting in. I’m sitting here back in this office, back at this desk, back in the land of leave me the hell alone! Life was so much more fun a week ago. I could’ve still been snorkeling in the clear blue waters or gettin’ my sip on at the pool. 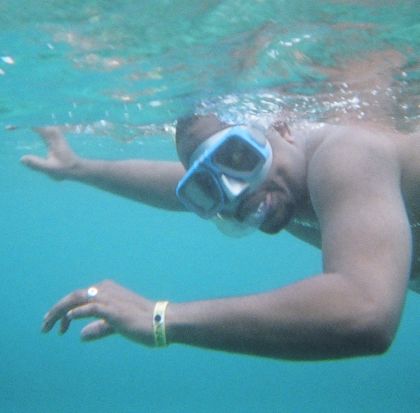 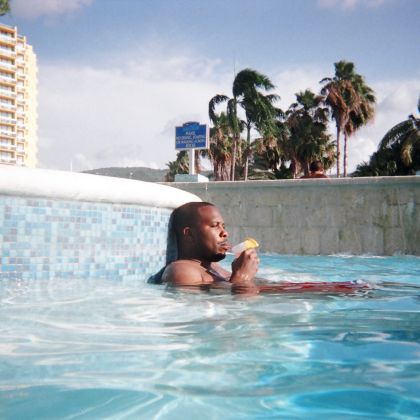 more pics of my trip to Jamaica will be up as soon as catch up on my sleep…. a brotha has been tired since returning to the U.S. All I’ve wanted to do was lounge, chill and be lazy.