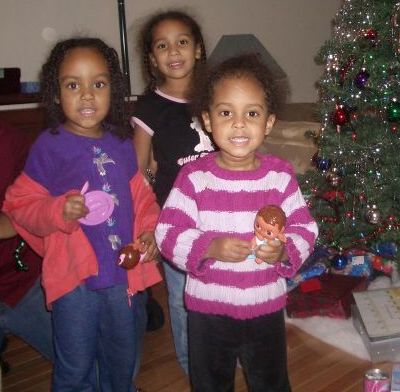 Had the family over to my house on Christmas day. This is my first Christmas in the new crib. Felt kinda good to be in the Christmas spirit this year. Hell, I can’t tell ya the last time I even really cared about Christmas fa real. But this year was special for so many reasons. For the first time in quite some time, I feel at peace with a lot of things. This peace has transformed to happiness and thus, those in my life who I love and care about dearly didn’t have to deal with the Grich (me is years past) this holiday season. When you wake up smiling and are truly happy, you try to make those around you happy as well. That in a nutshell is what make my Christmas so enjoyable. To be happy, to be at peace and to spread love to those who are close to you.

Yeah… I’m fresh from the lab with another website completed. That website would be the one for The Superville Band. I’ve been workin’ like crazy on this joint and it’s occupied the majority of my time recently. My man Khari has talked for years about coming up with a concept for his film company and we were finally able to put some ideas together. He’s a writer/director and is destined to get paid when the right company decides to put some real money into one of his projects. Now with him being in LA it was a little more difficult cuz our communication is via email and telephone. Normally, I sit down with folks and go over some ideas for their site and let them see some of my work. While my man speaks film language, I speak HTML language and at times it got kinda tedious tryna understand one another.

I initially sat down about 2 weeks ago and started with the basic design, then I got kinda lazy and started doing other things. But over the past week, I’ve really spent a lot of time designing this thing. Since there hasn’t been much going on at work I’ve had more time to create and play with some things. I think over the past 2 days, me and that dude have sent over 250 emails back and forth. My concept of the perfect site isn’t necessarily his concept and since in this case he’s my client, I listen to what he asks for. Now of course, I aint charging my man for this. We go back to 7th grade and he’s had this dream since we were kids. There were those days of riding DC’s Metro buses and trains together, when we talked about what we were gonna do when we grew up. It’s good to still have true friends that you can count on and my man Khari is one of those cats. So although I put a lot of work into this site, I look at this more as an investment. He’s destined to be a millionaire and I’mma need some extra cash in a few years I’m sure.

So right now he’s tryna raise some cash for the new flick he’s working on in February and hopefully this site will provide a little bit of insight into the talents that this brotha has… as well as the cat who created the site. *wink* I do it all folks… tickets for sporting events and concerts, web design, bootleg CD’s & DVD’s and various other hook-ups from round the way… they don’t call me the Hustler of Ghetto Candy for nothin’.

So take a moment of your free time this holiday season and check out my newest creation…..Khari Wyatt’s Superville Band 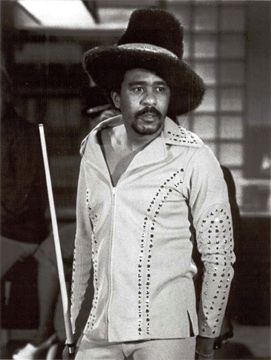 Maaaaaan… I dunno what to say. I was half asleep when I heard this on the news. I immediately jumped outta bed to realize that it wasn’t a bad dream. This man was a genius with the mic and although he hasn’t done much comedy in recent years, I will never forget all of the movies he’s been in or the comedy albums listened to. I’ve gotta go watch my favorite movie now. Along with that, I’mma have to go into my archives and listen to some old clips I’ve got on my PC and might take a trip to Hollywood Video and pick up some of the movies that I don’t have on DVD.

More time spent with my beautiful nieces. Even though they like to use me as the own personal gymnasium and playground… what can I say? I love em very much. If they only knew what their favorite (ignores younger brother who might debate that one) uncle had in store for them when Christmas rolls around. I ‘ve got so much stuff that I might have to spread it around the next two years. I can say one thing, I’ll get whatever Dora the Explorer stuff they like, but sitting and watching that stuff puts me to sleep. Who’d a thought I’d be running around talkin’ bout “Swiper… no swiping”… lol